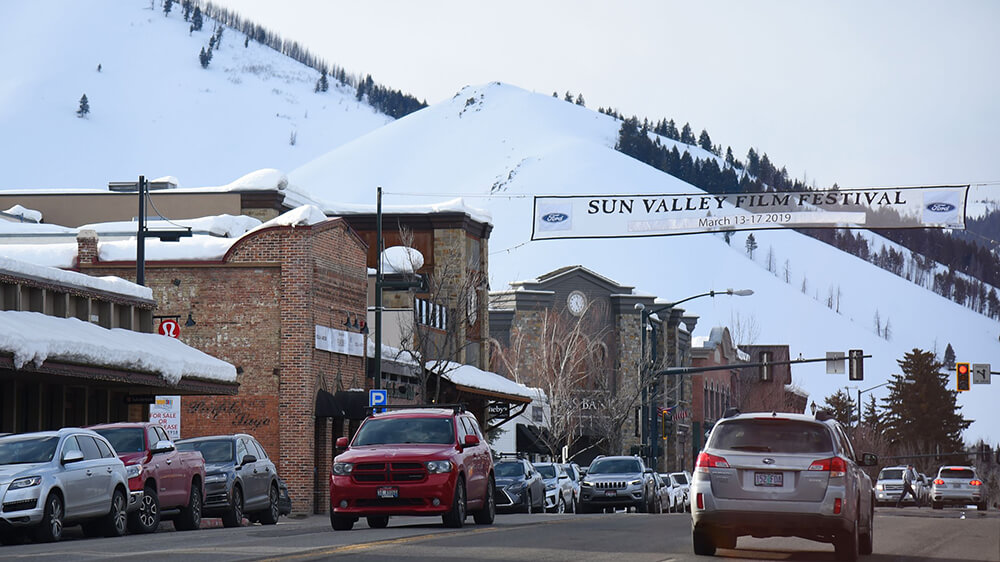 Sun Valley, Idaho (February 13, 2020)—The Sun Valley Film Festival (SVFF) is excited to announce that Ford Motor Company will return once again as its presenting sponsor. In the spirit of the festival’s mission of celebrating the producer, this year the partnership takes this emphasis to the next level by establishing the Ford Pitch Fest at the Sun Valley Film Festival, where producers will have a chance to pitch their project to receive a $25,000 Producers Grant. This is Ford’s third year participating in the festival, which is now in its ninth edition, taking place March 18-22, 2020.

Submissions are now being accepted from producers with a project in development. Three finalists will be selected to receive a one-on-one mentoring session with an expert pitch coach a filmmaker pass to the festival with invites to select insider events and networking opportunities, roundtrip flight from Los Angeles and two nights of lodging with the ultimate opportunity to pitch their project to a panel of award-winning producers in front of an audience during the festival. Panelists include Effie T. Brown (Producer, Dear White People and Real Women Have Curves), Jim Burke (Academy Award winning producer of last year’s Best Picture winner Green Book), Michael Burns (Vice Chairman Lionsgate), and Heather Rae (Producer, Bull and Frozen River).  Actor, producer and writer Will McCormack will host the event.

Al Uzielli, Head of Ford Global Branded Entertainment said, “We are excited to continue our support of the Sun Valley Film Festival for the third year. Our partnership with the entertainment industry dates back to the Model T and aligns perfectly with the festival’s support and nurturing of up and coming filmmakers. Similarly, Ford has had strong ties to the Sun Valley community dating back to its earliest days as a ski resort. We are certain that Ford Pitch Fest will become another of the festival’s must-attend events and that it will engage a new generation of talented and creative producers.”

Teddy Grennan, Executive Director of the Sun Valley Film Festival said, “We are truly honored to have Ford return once again as our title sponsor and to launch this new grant with them.  We started this festival to bring together filmmakers and industry guests with our unique audiences.  Through this grant we hope to inspire some of the future producers of tomorrow to complete their projects for the big screen and hopefully back to the festival next year.”

The launch of this grant continues to showcase Ford’s long-standing commitment to the entertainment industry and its rising filmmakers, set at the backdrop of SVFF, the premiere destination festival that brings filmmakers, industry guests and diverse audiences together to celebrate the art of storytelling.  SVFF has distinguished itself as a festival recognizing producers and filmmakers through the Vision award the festival’s top honor that has been presented over the years to Geena Davis, Clint Eastwood, Gwyneth Paltrow, Meg Ryan and Oliver Stone. Last year the festival partnered with Variety to present the Pioneer Award which was given to Aaron Paul.  The festival also hosts Coffee Talks, considered the crown jewel of the festival, Salon Talks, Screenwriters Lab, the Film Lab and Wild to Inspire competitions, and other mentoring opportunities for attending filmmakers.

Applicants can submit through Film Freeway and Submittable and review submissions requirements and deadlines via the festival website.

New this year, Ford will host a themed street party during the festival titled “Main St. Salutes a Legend” in celebration of the return of the Legendary Bronco.  Vintage broncos from each decade will be parked along the block with descriptions of each car on display, where party goers will be able to walk around and explore each car before voting on their favorite. Guests will also be invited to dress as their favorite legend, whatever that means to them and enter a costume contest to win prizes.

About the Sun Valley Film Festival

The Sun Valley Film Festival, March 18-22, 2020 is a 501(c)(3) charitable non-profit organization whose mission is to cultivate and promote the art of filmmaking, and to use the power of storytelling to foster meaningful connections. Since 2012 SVFF has proven to be a concierge of opportunity connecting filmmakers with support both financially and through mentorship. Every spring the Festival celebrates with a slate of cutting-edge films and TV premieres, industry panels, engaging Coffee Talks with entertainment luminaries, a Screenwriters Lab led by award-winning writers, and a series of parties culminating with the spectacular SVFF Awards Bash. To learn more, visit sunvalleyfilmfestival.org and follow us on Facebook andTwitter.