Renan Ozturk lives to tell stories about our connection to the natural world, often set within the most challenging environments on Earth. He’s constantly searching for projects that move him – films that have a strong visual identity matched with some deeply compelling human element. His latest expedition took him to one of the most dangerous and volatile places in the world – Mount Everest – where he witnessed firsthand the deadly conditions caused by  overcrowding, which is underscored in his upcoming special LOST ON EVEREST.

He began his career as an expedition climber and landscape artist, having spent years living in a tent beneath the big walls of U.S. National Parks and in the snowy Himalayan mountains. All of his paintings were created on expedition and carried on his back. He sometimes used natural pigments pulled straight from the Earth to capture these wildly beautiful landscapes. He was named National Geographic Adventurer of the Year in 2013 for his combination of cutting-edge first ascents and visual storytelling.

Currently, Ozturk works as a commercial and documentary filmmaker, an expedition climber for The North Face and a photojournalist for Sony and National Geographic. The films he’s made over the years have had a global presence; he’s probably best known for “Meru” (cinematographer/subject), which won the 2015 Audience Choice Award at Sundance, and the critically acclaimed “Sherpa” (cinematographer/co-director), which screened at TIFF and Telluride. He has directed and shot commercial work for major international brands such as Apple, Google, DJI and Nike.

Ann Druyan is the creator behind the most successful science franchise in history: COSMOS. The third season of the highly anticipated series, COSMOS: POSSIBLE WORLDS, returns to National Geographic on March 9, 2020. In addition to creating the season, she is executive producer, writer and director.

Like its predecessors, COSMOS: POSSIBLE WORLDS has been helmed under Druyan’s leadership along with the original creative team of Seth MacFarlane, Brannon Braga and Jason Clark. Additionally, she wrote the show’s companion book, Cosmos: Possible Worlds, which is published by National Geographic and slated for release on February 25, 2020, in advance of the series premiere.

Druyan, an Emmy- and Peabody Award-winning writer, producer and director specializing in the communication of science, served for 10 years as the elected secretary of the Federation of American Scientists and began her writing career with the publication of her first novel, A Famous Broken Heart. She was the creative director of NASA’s Voyager Interstellar Message and program director of the first solar sail deep-space mission, launched on a Russian ICBM in 2005.

She is perhaps most renowned for co-writing the original 1980s Emmy Award- and Peabody Award-winning TV series, “Cosmos: A Personal Voyage,” with her late husband, Carl Sagan, which currently holds the title of the most-watched PBS series in television history. The duo also co-wrote six New York Times bestsellers, including Comet, Shadows of Forgotten Ancestors, The Demon Haunted World, Billions & Billions and The Varieties of Scientific Experience. Additionally, Druyan was co-creator and co-producer of the Warner Bros. feature film “Contact,” starring Jodie Foster and directed by Bob Zemeckis.

As founder and CEO of Cosmos Studios, since 2000, Druyan has produced some of the most acclaimed science-based entertainment, including the Emmy Award-nominated “Cosmic Journey: The Voyager Interstellar Mission and Message.” Druyan built on the success of the 1980s “Cosmos,” by creating “Cosmos: A SpaceTime Odyssey,” for Fox and National Geographic. Druyan was the lead executive producer, one of the directors and co-writer, for which she won the Peabody, Producer’s Guild and Emmy Awards in 2014. The series, which received 13 Emmy nominations, was seen in 181 countries and by more than 135 million people worldwide.

Guillermo Navarro, executive producer of National Geographic’s Hostile Planet, has transitioned to a television directing career after a tremendous career in cinematography. He won an Academy Award for his work on “Pan’s Labyrinth” and received acclaim for his work on “Pacific Rim,” “Twilight” and “Night at the Museum.” In the television world, Navarro began by directing many episodes of “Hannibal.” Recently, he shot episodes of “Narcos,” “The Bridge” and “Preacher.”

Nature courses through the veins of Filipe DeAndrade, a native of Brazil. After winning Nat Geo WILD’s Wild to Inspire film competition in 2014, DeAndrade brought his skill, unbridled passion and irreverent sense of humor to the Nat Geo WILD family with an original digital series, “Untamed With Filipe DeAndrade,” now in its second season. Previously DeAndrade was profiled on Outside TV’s original series “The Final Cut,” worked as a director of photography in New York, traveled 40 states filming a commercial assignment with AT&T and Direct TV and was nominated for 19 Emmys as a director of photography — winning 10 of them.

Erika Bergman is a submersible pilot, a virtual reality engineer and an enthusiastic ocean explorer. She began her career in chemical oceanography, studying at the University of Washington, while working as a diesel engineer and a steam ship engineer. In 2013 she received a National Geographic grant to livestream video from submersibles for her Classrooms Under the Sea expedition. Weaving together her passions for submersible engineering, rich media storytelling and outreach, Bergman founded Global Engineering & Exploration Counselors (GEECs) to provide a network of engineering camps and mentorship to girls around the world.

Kate Brooks is an American photojournalist and filmmaker who has chronicled conflict and human rights issues for nearly two decades. Her photographs have been extensively published in TIME, Newsweek, Smithsonian and The New Yorker and exhibited around the world. Brooks’ passion for filmmaking was sparked from working as a cinematographer on the documentary The Boxing Girls of Kabul in 2010. In 2012-13, she was a Knight Wallace Fellow at the University of Michigan. There she researched the global wildlife trafficking crisis before embarking on directing The Last Animals. Brooks’ drive and passion for conservation comes from the fundamental belief that time is running out and that we are at a critical moment in natural history. From her perspective “despite of all the human destruction on the planet, there is still a natural order and it is necessary for us to do everything we can to protect that while we can”.

Mariana van Zeller is an award-winning journalist, co-founder of MUCK Media and an on-air correspondent for National Geographic’s EXPLORER series.

Mariana began her journalism career in her native Portugal, where she was a producer and correspondent for SIC Televisao, the nation’s largest private news channel. In 2001, she moved to New York to attend Columbia University’s Graduate School of Journalism. A month into the program, she was reporting live back to Europe on the events of 9/11.

In 2003, Mariana went undercover to report on Syrian mujahedeen crossing into Iraq to fight against the U.S. invasion. The story captured the first signs of what would be a growing insurgency. It was also Mariana’s first collaboration with her producing partner and now husband, Darren Foster.

Mariana has since camped out in the Amazon jungle to cover the battle between Brazil’s Indians and miners over South America’s largest diamond mine, rode the “Death Train” to report on the desperate risks Central American migrants take to reach the U.S. and snuck into the swamps of Nigeria to meet with militants fighting for control of the country’s oil wealth.

In 2011, Mariana received the prestigious Livingston Award for young journalists for her report “Rape on the Reservation,” which exposed the increased incidence of rape and sexual violence on American Indian reservations. And her documentary on prescription drug abuse and pill trafficking, “The OxyContin Express,” was honored with a 2009 Peabody Award, a Television Academy Honor and an Emmy nomination.

Mariana’s work has appeared on PBS, CNN, CBS, Channel 4 (U.K.), Current TV and the CBC. She is fluent in Portuguese, English, Spanish, Italian and French.

Fisher Stevens has been in the entertainment business for over 30 years. His versatility in the industry is evident from his wide range of credits, from acting to producing to directing, and from film to television to theater. He also works closely with the United Nations Peacekeepers, for whom he has directed various films.

His political and environmental activism has been a main focus of his work, and he has directed “The Confidence Man,” the last installment of the Netflix original series Dirty Money executive produced by Oscar®-winning documentarian Alex Gibney, National Geographic’s Before The Flood with Leonardo DiCaprio, and the Emmy-nominated Netflix original Mission Blue. He also produced Louie Psihoyos’ Racing Extinction for Discovery, his follow-up to Oscar®-winning documentary The Cove as well as Netflix’s Sky Ladder: The Art of Cai Guo-Qiang.

In 2017, Stevens co-founded BloomFish Productions and co-directed the two-time Emmy-nominated HBO documentary Bright Lights: Starring Carrie Fisher and Debbie Reynolds (2016). Along with Tigerland, which premiered at Sundance this year, BloomFish is currently producing the Untitled Formula E Documentary, which covers the new electric car racing series, and El Gran Fellove with Matt Dillon, the story of the Cuban born musical performer who relocated to Mexico City.  BloomFish is actively producing projects with RadicalMedia and is currently in the process of developing a full slate of character and issue driven documentaries as well as narrative film projects.

Conli joined Disney in 1993, and after launching production for “The Hunchback of Notre Dame,” he relocated to France to oversee the contributions of the Paris-based animation team over the two-year production schedule. Upon completion of the film, Conli remained in France and guided production on the animated films “Hercules” and “Tarzan.” Conli returned to the studio in Burbank to produce “Treasure Planet.” He served as producer of Walt Disney Animation Studios’ 50th animated film “Tangled” (2010), “Big Hero 6” (2014), as well as the featurette “Olaf’s Frozen Adventure” (2017). Conli joined the Disneynature team in 2015, serving as a producer of “Born in China” prior to his work on “Penguins.”

Before joining WDAS, Conli spent four years at the Mark Taper Forum, Los Angeles’ leading regional theater, managing special projects, new play development and the premieres of such award-winning plays as “Angels in America,” “Jelly’s Last Jam” and “The Kentucky Cycle.” He previously initiated a restoration of the Pasadena Playhouse, guiding the theater to its official reopening in 1983, and served as associate producer for the Camden Shakespeare Festival in Maine.

Part of the Shatterbox initiative to promote women in film, Jessica Sanders, Eva Flodstrom and Shannon Gibson are the filmmakers responsible for the short film End of the Line, which premiered at the 2018 Sundance Film Festival.

SVFF alum Jessica Sanders is an Academy Award nominated, Sundance and Cannes Award-winning director and producer of narrative and documentary films. Following her success with Sundance-winning film After Innocence, Sanders’s short doc, Sing!, was nominated for an Academy Award. As an award-winning commercial director, Jessica has directed campaigns for Apple, Amazon, Samsung, Honda, Toyota, Procter & Gamble and many others.

Recipient of SVFF’s 2018 Pioneer Award, Bosworth is known for her roles in such films as Blue Crush, 21 and Superman Returns. She recently starred in National Geographic’s The Long Road Home and leads MGM’s upcoming drama, The Domestics.

Award-winning photographer Anand Varma joins environmentalist photographer and filmmaker Jason Jaacks for a behind-the-scenes glimpse into wildlife and adventure photography. Known for his macro-photography techniques, Varma has been working with National Geographic since 2006. Jason’s work has been featured by National Geographic, Condé Nast Traveller, The New York Times, PBS and High Country News. 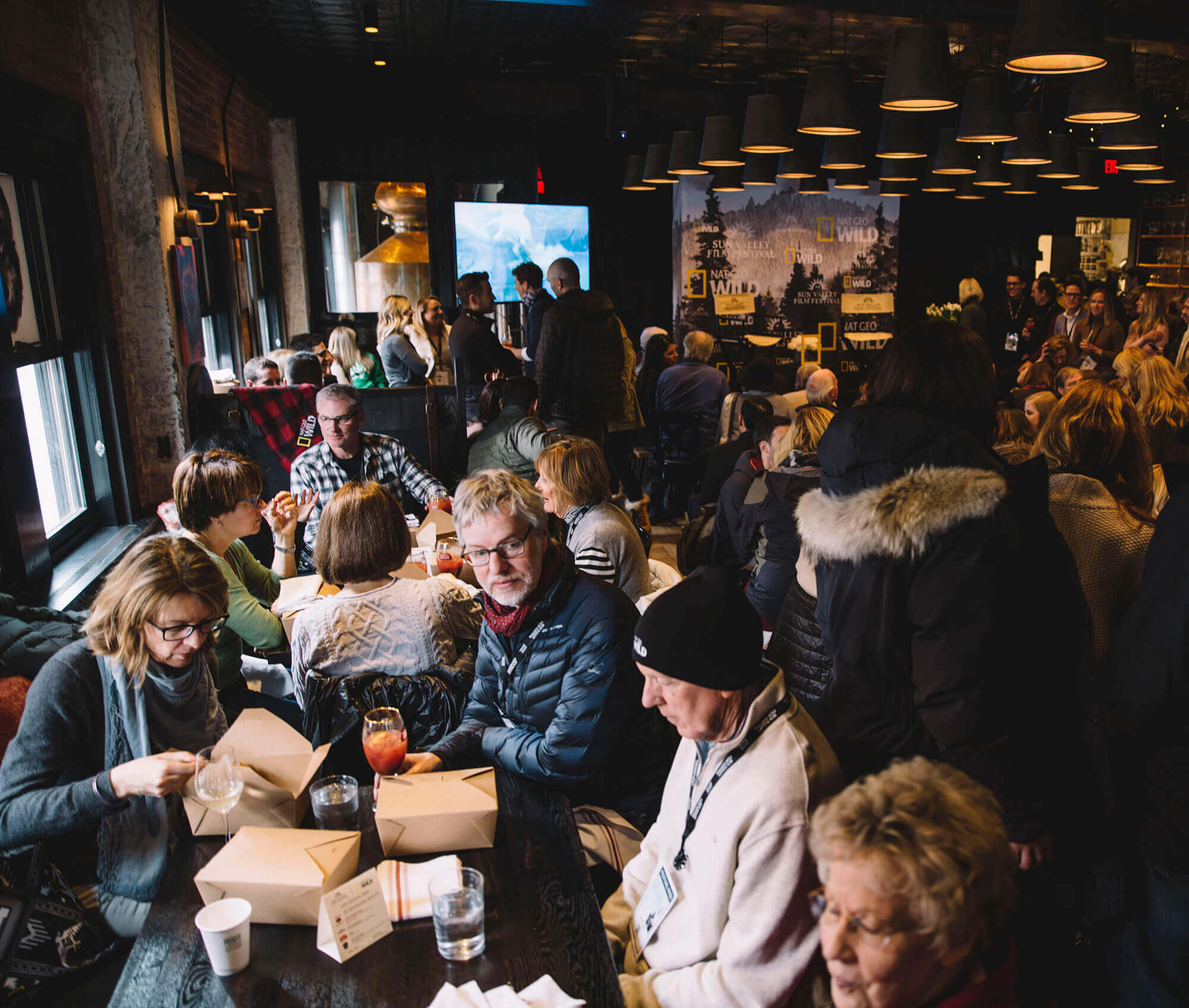 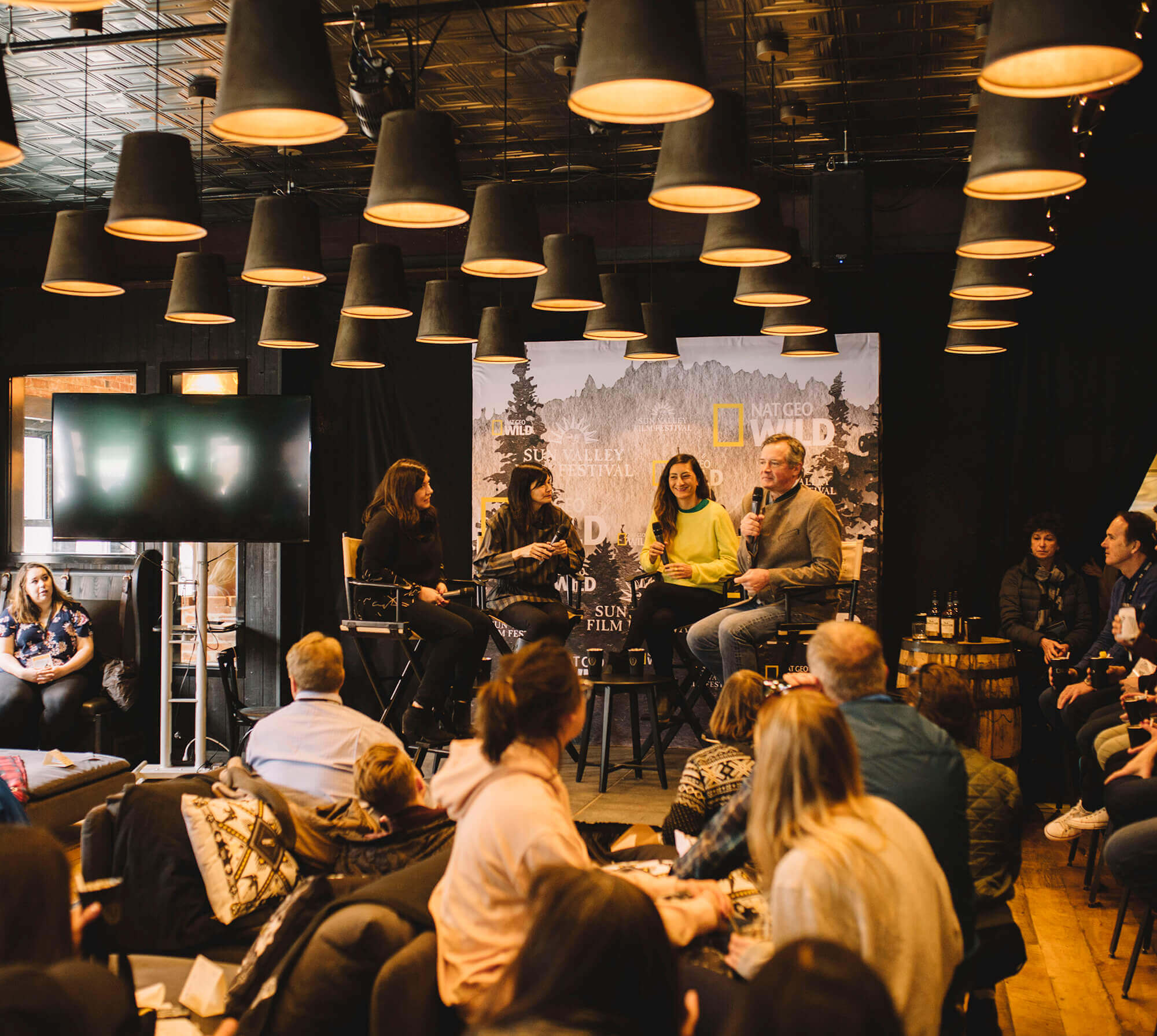 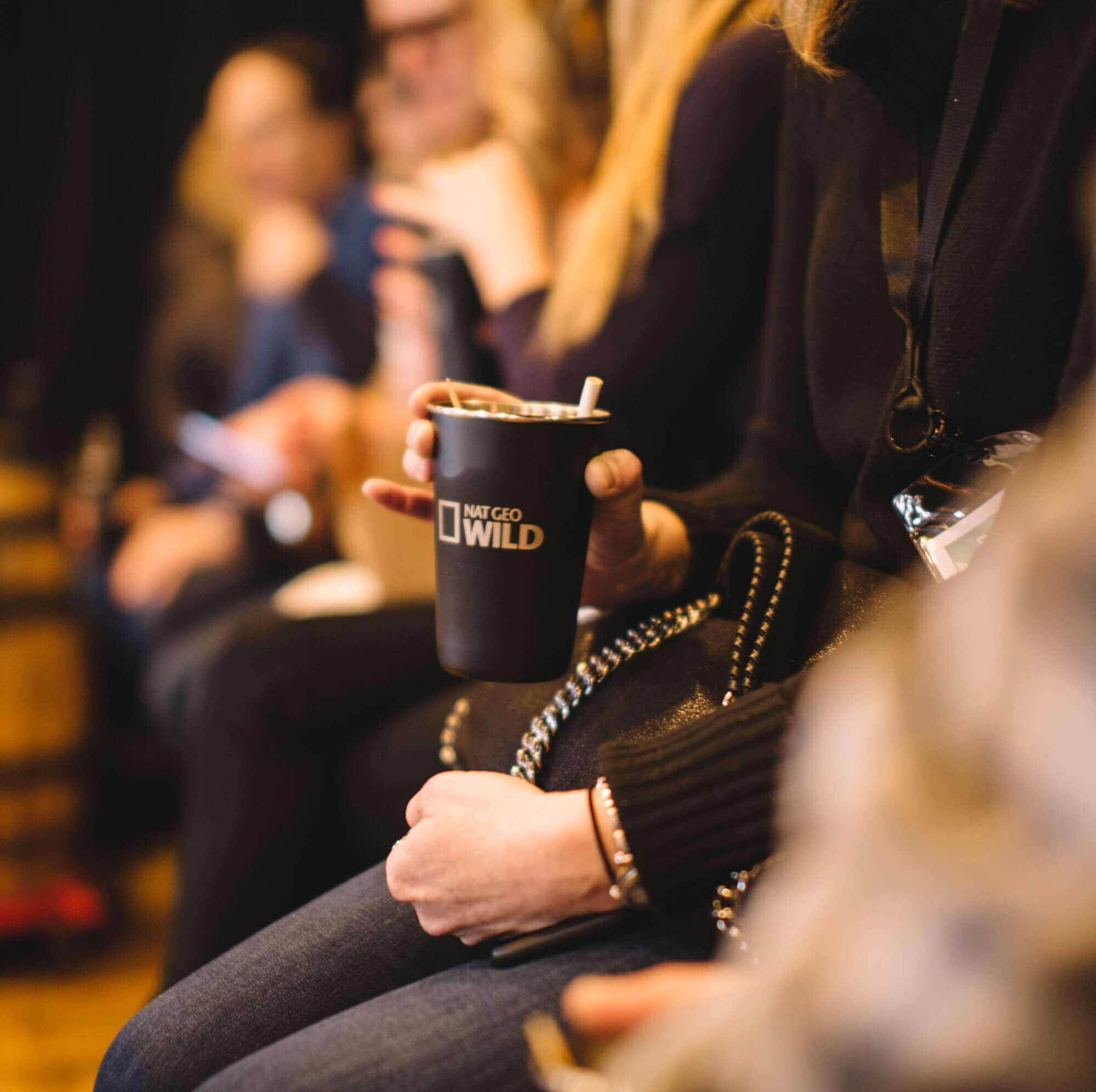 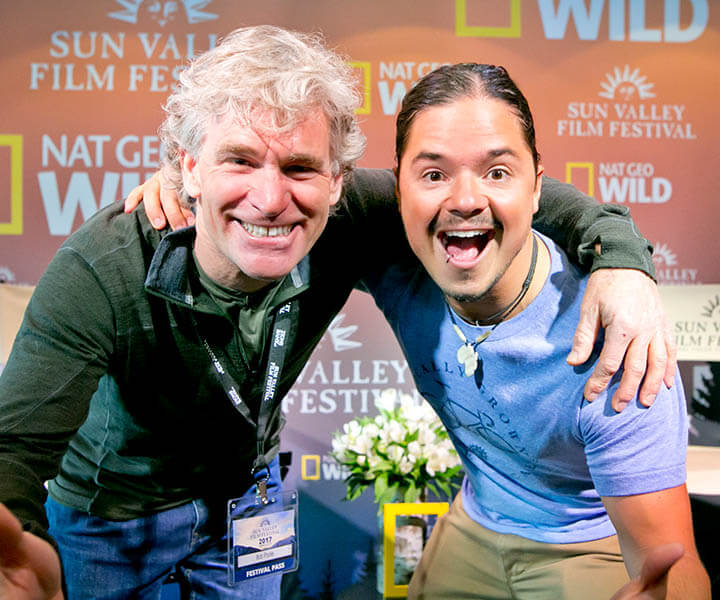 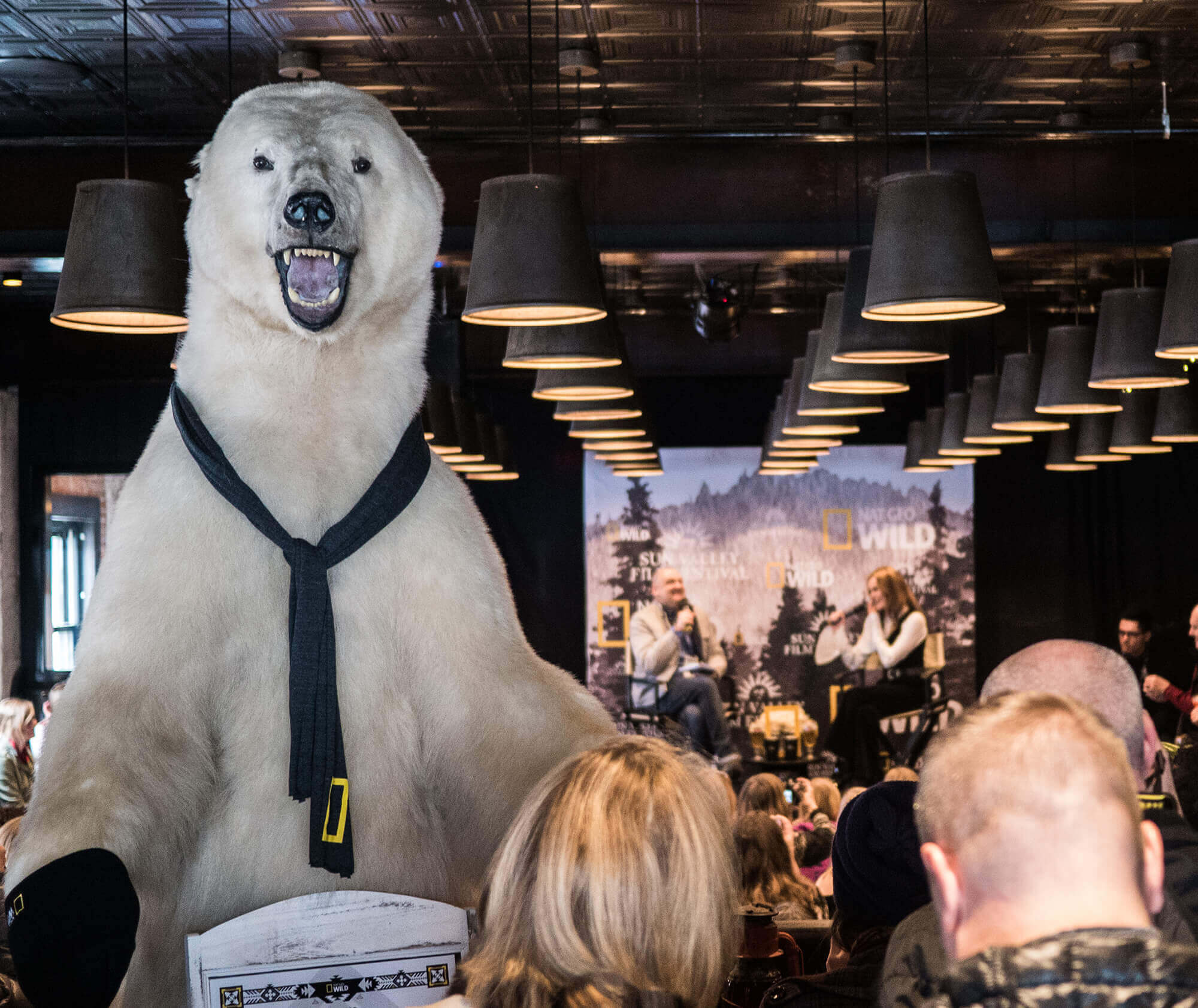 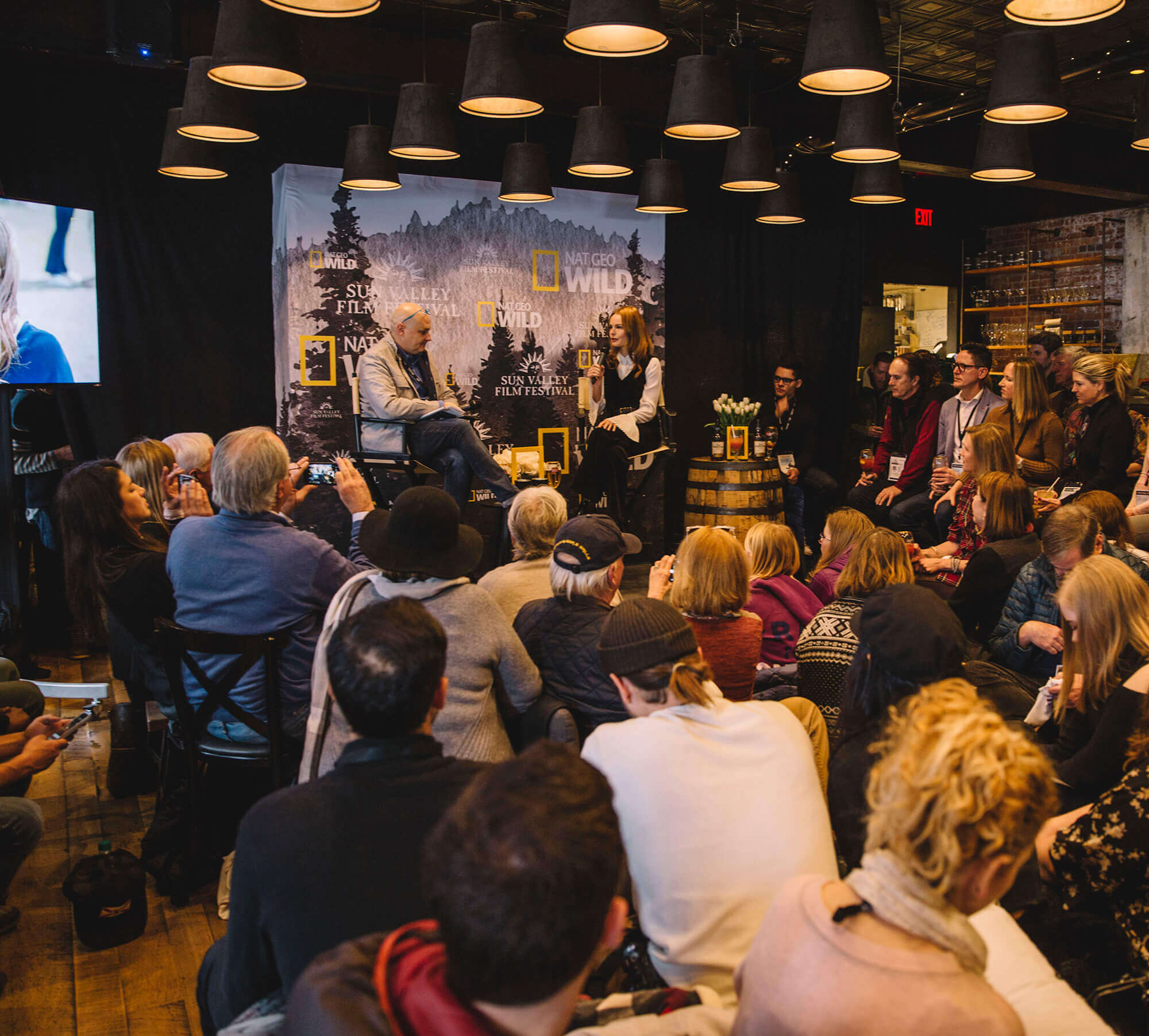 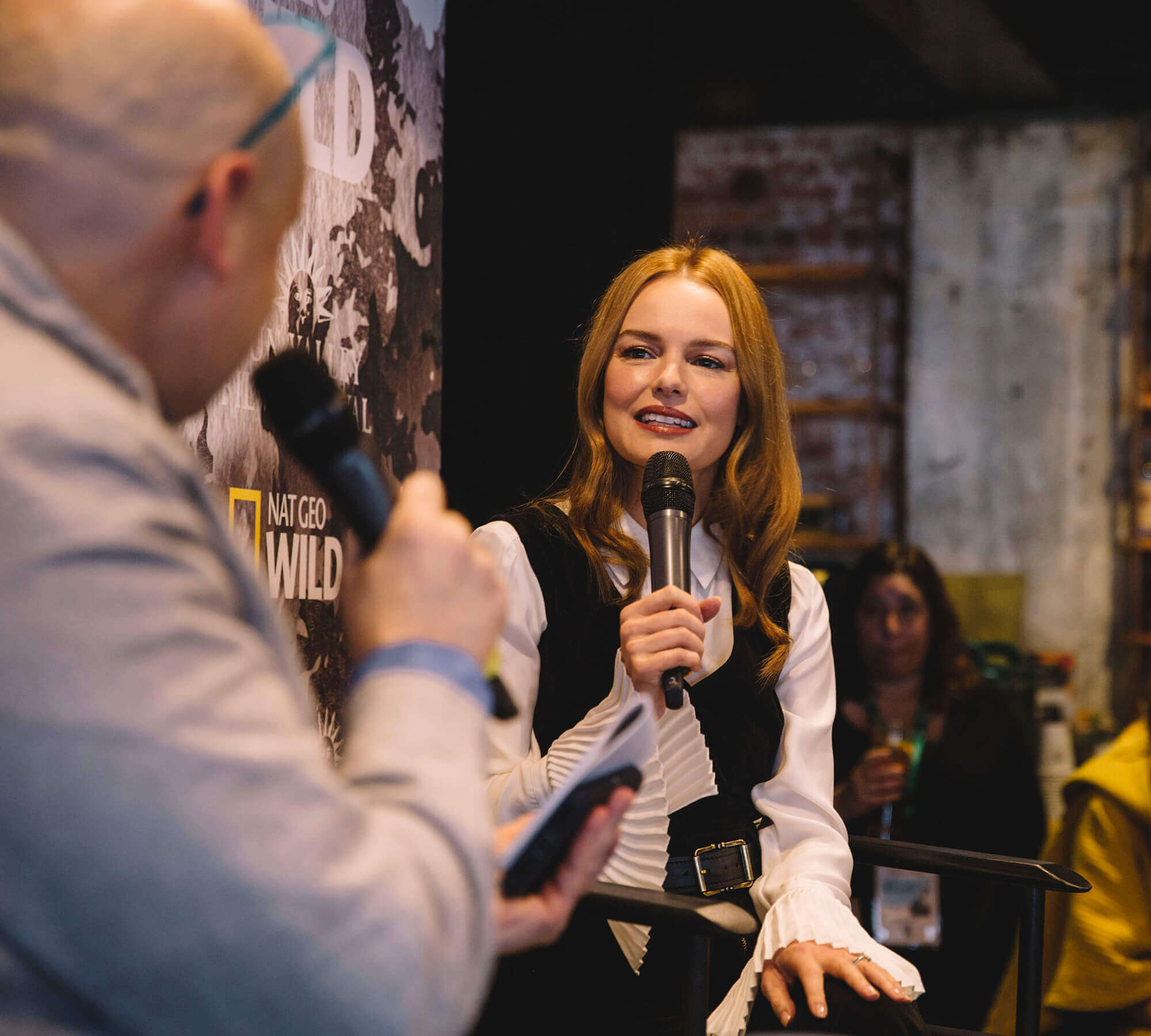 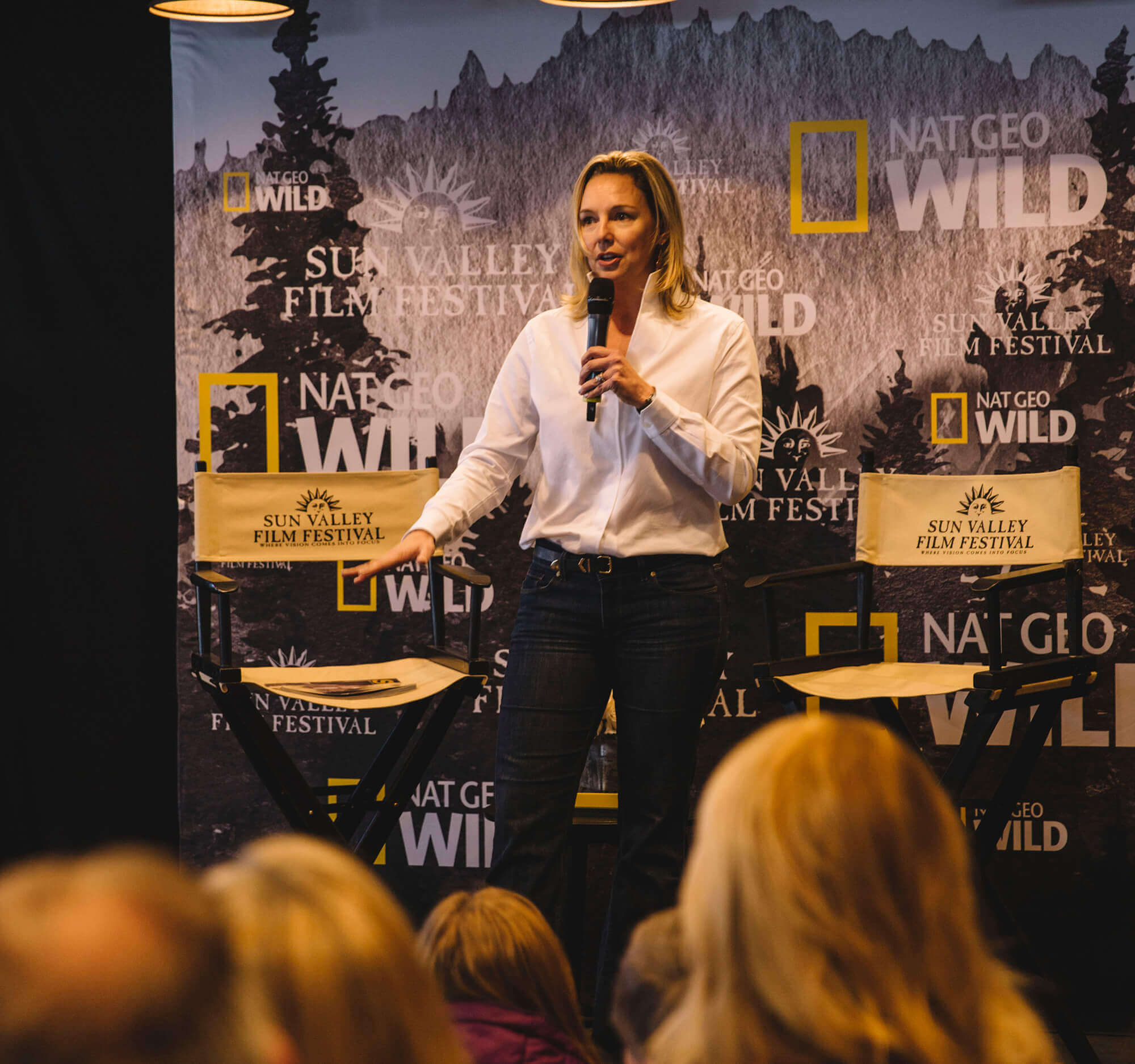